Plant a tree in memory of Jessie
An environmentally-friendly option 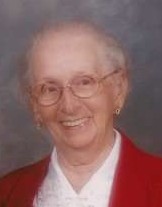 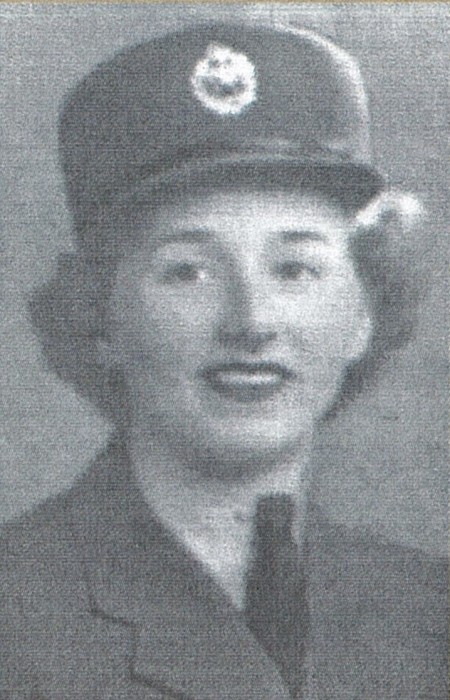 Jessie passed away at Crocus Court Personal Care Home in Roblin Manitoba April 9, 2021 at the age of 97. She was born in Invergordon , Ross and Cromarty, Scotland on May 16, 1923. When she was 2 years old the family immigrated to Canada and settled in the Bield area close to Roblin, Manitoba.

Jessie attended Bield School until 1941. She then went to Winnipeg to work and in 1943, joined the Royal Canadian Air Force. She worked in the war records department in London England during WWII and was discharged April 1946. She worked for Eaton’s store in Winnipeg until she married Arthur Lovas, July 25, 1947.

Jessie and Arthur farmed close to Bield in the RM of Hillsburg until 1987 when they retired and moved to Roblin. Over the years Jessie was always a volunteer and member of many groups. Some of them are; Bield Ladies Club, Roblin Agricultural Society, Bield Veterans then Roblin Legion, Roblin United Church and Deepdale Ladies Club, Roblin 50 and Over Club, and she led the Golden Oldies Exercise Group for many years.

Jessie loved to garden, especially her flower garden. On the farm the vegetable garden was huge and supplied all the fruits and vegetables for the family. She was a wonderful cook and always had a cake and cookies ready for company to drop in. Jessie loved to tell stories of her life experiences and she had an amazing memory.

Jessie had many stories to share of life during in WWII, including sheltering in the subways during the bombings of London and going to work in the dark due to blackouts. She made many lifelong friends during her service. She enjoyed her trips to Scotland and traveling to many places with Arthur after retirement. Family was important to Jessie. She enjoyed her children, grandchildren and great grandchildren and was so proud of their education and the work they achieved.

It was fitting she died on the same day as Prince Philip. At the end of the war, she was on parade with the other Canadian Air Force Women when the Queen Mother stopped to talk to her, another highlight of her life. Jessie was a very proud Canadian.

Jessie was predeceased by her husband Arthur, her parents, John and Jessie (nee Graham) MacLeod, her brothers Jack (Gladys), Finlay (Edna) and Ross and her Sister Zena (Bill) Gibson, Arthur’s parents and all of his siblings, and her son in law Peter Matsyk.

A private family graveside service was held at Bield Cemetery.

Those who so desire, may make memorial donations in memory of Jessie to Bield Cemetery Fund (Box 6 RR2 Roblin MB. R0L 1P0). Flower donations are gratefully declined. To leave a note of condolence for the family, please visit www.nairnchyzwolkowski.ca

Plant a tree in memory of Jessie by clicking here.
To send flowers to Jessie's family, please visit our floral store.

A service summary is not available

Plant a tree in memory of Jessie
An environmentally-friendly option

Plant a tree in memory of Jessie

4 trees planted in memory of Jessie

My memories of both Mr. and Mrs. Lovas go back to the days when I worked in the pharmacy of the Co-op and watching them shop together. They were such an example of a gentleman and a lady. My Mom, Jean Martin had the pleasure of sharing her time in the Roblin Legion with Mrs. Lovas and also shared the privilege of being a World War 2 veteran with her, such great ladies! With my deepest sympathy in her passing, the world has lost a wonderful person.

Sharon, John, Herb and Rob. My condolences on the loss of your mom.

Sharon, John, Herb and Rob; my condolences on the loss of your mom.

I have many fond memories of Aunt Jessie which include the wonderful aromas of her freshly baked bread and buns, her scolding us kids for riding the sow aound the barnyard and of course her hollering for us to get out of the garden. Her boisterous calls of CoBoss, CoBoss would ring out over the pasture in the evening and low and behold the cows would arrive for their evening milking. This I'm sure this is a lost art to today's dairymen. I spent many summers on my Grandparents farm in Bield and stayed with Aunt Jessie and Uncle Arthur on several occasions. Aunty was always kind to me but I do recall it was her house, her kitchen and boots off at the door boys!  I was five years old when Aunt and Uncle got married in Roblin and I still recall being there for the happy occasion. Aunt Jessie was a strong willed person whose hardiness helped her enjoy life for so long. A bit of Scottish blood no doubt helped her on her life's 97 year long journey. She like myself were members of the Royal Canadian Airforce. Unlike her, I was fortunate to not having to experience war as she did. On a visit to Ottawa, Aunt Jessie, Uncle Arthur and I visited the National War Museum. I was never more proud to be in their company as I was that day. They both made sacrifices during the war that we must never forget and to remind our young citizens to be thankful for their selfless contributions to our freedoms we enjoy today.
My sincerest condolences to John, Sharon, Herb, Rob and your families. To be sure this is a great loss to all, but you should be extremely proud for having such a wonderful lady in your life to call Mom. I too am proud of her, but unlike you I am only able to call her my "Aunt Scotty".  Sincerest regards. Cousin Gerry and family.

Plant a tree in memory of Jessie